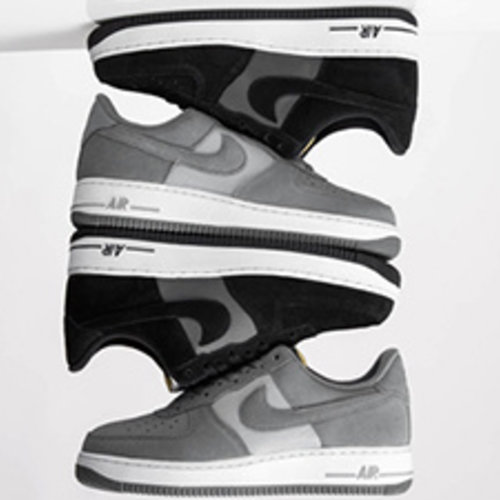 Nike Air Force is one of the most legendary Nike models in the world. The shoe, which now has many different versions, has stood the test of time. And how! Still incredibly popular, even though the Nike Air Force first appeared in 1982. Then named after the well-known plane in which the President of the United States is transported. Almost forty years later, the model is still one of Nike's most beloved shoes; for both youth and adults, for ladies and gentlemen. Tough, easy to combine and now available in countless variants and colors.

The different styles, from super low to super high and everything in between, are certainly a reason for the popularity of the Nike Air Force. With so much choice, there is always a variant that suits you. The look is not only cool, but the Air Force is very nice. What few people know is that this Nike shoe is officially designed as a basketball shoe. The first basketball shoe from Nike with "Air" technology. Support is extremely important in this explosive sport. The "Air" provides cushioning and the strap on the medium and high models keeps your ankle in place. That does not matter much to the large group of sneaker freaks and collectors, because they are mainly fans of the look of the Nike Air Force. And the amount of designs that this classic now has.

Air Forces from Nike certainly has more than a thousand variants. Not only in high and low models, but also in materials, colors and the thickness of the soles (such as a platform sole). Only at Burned Sports you will find more than five different types. You understand that this model from Nike has generated many followers over the years. For some, the sneakers are even a collector's item. Others are especially proud that they have designed their own model in collaboration with Nike, such as Kobe Bryant, Lebron James and Roc-A-Fella Records. Because the Nike Air Force also has a special place in the music world. With songs about this model by rappers Nelly (2002) and Kanye West with Nas (2007), it cannot be complained about a lack of attention.

The robust Nike Air Force is therefore a shoe that you cannot ignore. One that has had heydays since the beginning, that never seem to end. Truly a classic. Burned Sports has different Air Force models, which are suitable for both men and women. Just think about what color you want, what materials, high or low ... because the options are endless when choosing a Nike Air Force shoe.