View all Burned Sports' range of articles from the LA Clippers such as accessories, caps, hoodies, t-shirts and much more. 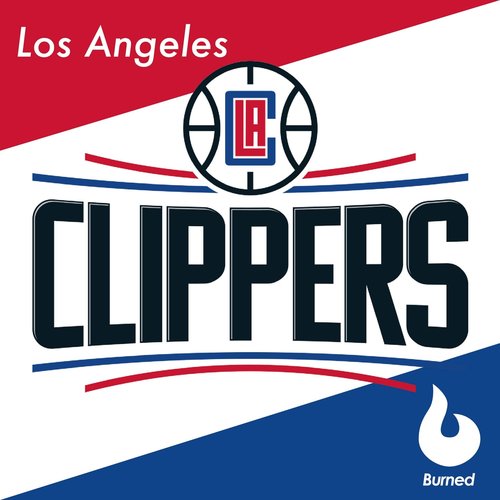 The Buffalo Braves were founded in 1970 as an "expansion team". That means they
as a new team, entering an existing league. In the eight seasons she's in
Buffalo, she reached the playoffs three times. Due to an argument with another team over
the stadium moved the Braves to San Diego, California in 1978. She changed there too
their name after the San Diego Clippers, because of the many sailboats that sail into San Diego Harbor
came sailing in. They spent six years in San Diego and in that time she missed all play-offs. Without
with NBA approval, the Clippers left San Diego in 1984. Owner Donald Sterling
moved the club to Los Angeles and turned them into the Los Angeles Clippers. In the
first 27 seasons in Los Angeles, the Clippers only qualified four times in the playoffs
and they only won a small number of those matches. In the years around 2010, the
The Clippers' reputation continues to improve, they are now seen as worthy
postseason contender. Between 2012 and 2019, the Clippers managed to get seven times the
play-offs.

Star players of the Clippers

Hall of Famer Bob McAdoo was the top-scoring player of the three consecutive seasons
NBA and was named MVP in 1947-1975. World B. Free (Lloyd Bernard Free) had in
the 1978-79 season had the second highest scoring average per game in the whole
NBA, with 28.9 points per game. In his first season for the Clippers, Elton led
Burn the league with the most offensive rebounds. He was an MVP candidate and came
with the Clippers in the conference semifinal. He hasn't been with the Clippers for very long
played, but with a spot on the Olympic team, two All-star games, one All-star MVP
award and was twice in the All-NBA first team, Chris Paul is worth mentioning.
One of the first player to make a real impact for Randy Smith's Clippers. He
has several franchise records to his name, such as matches and minutes
played, assists and steals. Despite Blake Griffin being only 24 years old, he has already had three All-
Star games behind him and has actually played two, he is the winner of one
Rookie of the Year Award and has won a Slam Dunk Contest.