View all Burned Sports' offerings on Denver Nuggets items such as accessories, caps, hoodies, t-shirts and much more here. 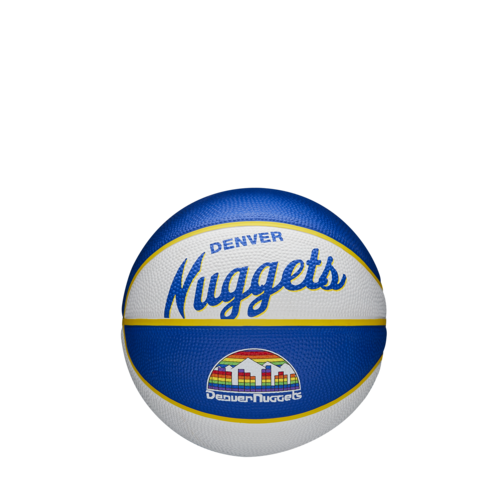 Wilson
Wilson NBA DENVER NUGGETS Mini Retro basketbal (3)
Article code WTB3200XBDEN
€14,99
in stock
Over the years, most clubs have been looking for the ultimate club logo. This size 3 basketball takes you back to the time of the first logos with matching club colors. A real addition to your Denver Nuggets collection! Read more
test 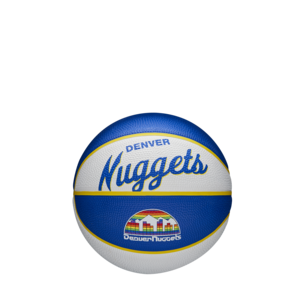 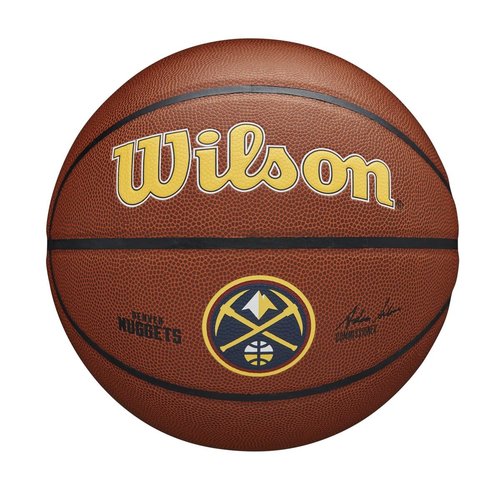 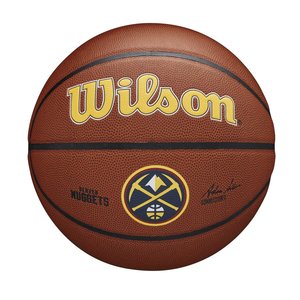 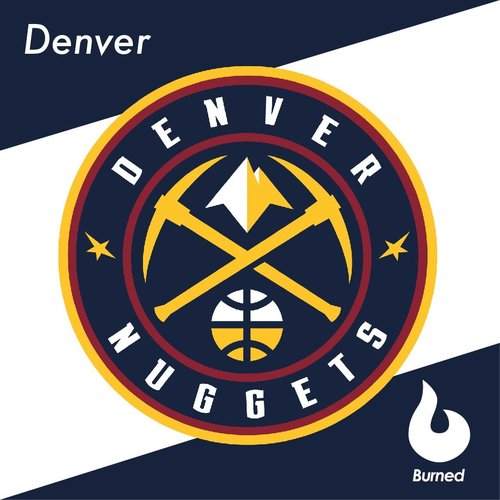 The Denver Nuggets are an American professional basketball team based in Denver. The Nuggets compete in the National Basketball Association (NBA) as a member of the Western Conference Northwest Division of the league.

There have been many phenomenal players in Nuggets' history, but none have had a greater impact on the franchise than Alex English. English spent just over three-and-a-half years between the Milwaukee Bucks and Indiana Pacers, although he had not found his groove on either team and the Pacers brought him to Denver during the 1979-80 season. After producing 21.3 points and 9.4 rebounds per game for the last 24 games of the regular season, English excelled with the Nuggets in the following decade. It was a perfect match for Doug Moe's uptempo attack, making him one of the biggest scorers in the 1980s. The eight-time All-Star, three-time All-NBA Second Team pick and 1983 scoring champion led the Nuggets to nine consecutive postseason appearances and a berth for the 1985 Western Conference Finals. The Nuggets have only come back once since. Alex averaged 25.9 points, 5.6 rebounds and 4.4 assists per game during his tenure in Denver and currently leads the Nuggets with 21,645 points, 2,038 offensive rebounds, 3,679 assists and 837 games. Since there are no current Denver players in the top 10 in any of these categories, with the exception of Andre Miller on the assist list (801 behind English), the English records would hold up for quite some time. Becoming the first player to ever record eight consecutive seasons with at least 2,000 points, English was inducted into the Hall of Fame in 1997. He is currently ranked 13th in the NBA.

David Thompson was one of the most explosive guards the game has ever played. After winning the Naismith College Player of the Year in 1975, he immediately shone with the Denver in his senior year with the ABA. With 26.0 points, 6.3 rebounds, 3.7 assists, 1.6 steals, and 1.2 blocks per game, Thompson earned the title of ABA Rookie of the Year, and All-ABA Second Team and ABA All-Star Game MVP Awards. Thompson showed everyone he's the real deal. As one of the players Michael Jordan looked up to, Thompson had one of the best verticals in the game. When he got halfway down the lane, the Skywalker was anxious to avoid anyone who got in his way. In the six seasons since Denver moved to the NBA, Thompson was an NBA All-Star three times, MVP of the 1979 All-Star Game, and a two-time selection of the All-NBA First Team. Thompson was inducted into the Hall of Fame in 1996 and is one of only five players to score more than 70 points in a game.

History of the Denver Nuggets

The team was founded in 1967 as the Denver Larks as a charter franchise of the American Basketball Association (ABA), but changed its name to Rockets before the first season. In 1974 it changed its name back to the Nuggets. After the name change, the Nuggets played for the last ABA Championship title in 1976, losing to the New York Nets. The team has had a number of periods of success, qualifying for the ABA playoffs for all seasons from 1967 to the ABA playoffs of 1976, where they lost in the final. The team joined the NBA in 1976 following the merger between ABA and NBA and qualified for the NBA playoffs in nine consecutive seasons in the 1980s and 10 consecutive seasons from 2004 to 2013. However, they are no longer in a championship round. appeared in the ABA since their last year; as such, they are also the only one of the four remaining former ABA teams to never make it to the NBA Finals. The Nuggets play their home games at Ball Arena, which they share with the Colorado Avalanche of the National Hockey League (NHL) and the Colorado Mammoth of the National Lacrosse League (NLL).