At Burned Sports we offer multiple items from the Indiana Pacers such as caps, hoodies, t-shirts and much more. So take a look on our website. 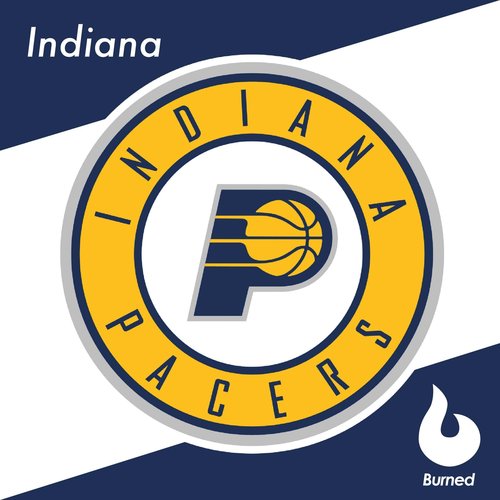 The Indiana Pacers are a franchise that often just misses out on the real all-stars and talents in the NBA. Although they have not had much success in attracting new talent in recent times, they have already had several NBA legends who have played in the Pacers kit with names such as: Rik Smits, Reggie Miller, Danny Granger, Paul George, Jermaine O 'neal and Mel Daniels.

Rik Smits is a former basketball player from Eindhoven who played for the Indiana Pacers from 1988 to 2000. He became the highest paid Dutch professional athlete of all time with an estimated net worth of more than 125 million dollars. Smits started playing basketball at PSV / Almonte in Eindhoven at the age of fourteen. He left for America in 1984, where he played for four years for Marist College in Poughkeepsie. In the college competition Smits learned to use his height. After his college days, he was drafted as the 2nd pick in the NBA Draft of 1988. At the Indianapolis, Smits became a starting center in the NBA, first with number 24 and later with number 45.

He played a total of 999 games in the NBA and reached the final of the NBA with Indiana Pacers in the 1999/2000 season. This Final was lost 4-2 and the cup went to the Los Angeles Lakers. In the summer of 2000, Smits concluded his professional career in America after twelve years.

History of the Indiana Pacers

The Pacers joined the NBA in 1976. They play their home games at Bankers Life Fieldhouse. Named after Indiana's history with the Indianapolis 500 cars and the racing industry, they've had as many as six Hall of Fame players in their time as a franchise - Reggie Miller, Chris Mullin, Alex English, Mel Daniels , Roger Brown and George McGinnis - who played for the Pacers.

Awards from the Pacers

The Indiana Pacers managed to win the semi-final against the New York Knicks in 2000 and took their first NBA Eastern Conference Champions cup, unfortunately they did not win the final against the Los Angeles Lakers. The team has also won Anegen division titles.