Nike KD ! Kevin Durant is an icon from the NBA. All products related to him, his history and his signature lines. You can find Nike KD trey basketball shoes, Durant sneakers or clothing at Burned Sports 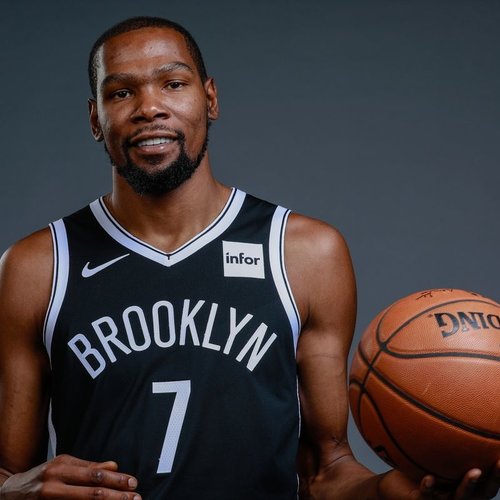 What is special is that top player Durant has been working with Nike for so long. When he started as a rookie in the NBA in 2007, the sports brand already saw a promising basketball player in him. The first Nike KD hits the market a year later and both continue to perform. Even now KD has opted for the Brooklyn Nets. The development that this player goes through is no different for Nike. And that is visible in the form of new basketball shoes. The player himself says: "If I want to improve my game, shoes play an important role in that."

It is clear that Kevin Durant himself was involved in the design of the Nike KD. Especially recognizable in the efficient, yet laidback playing style of the basketball player. The very first time you put on the shoes, they are already comfortable! In addition, of course, the support of the ankle is optimal. An essential part in a basketball shoe, which Nike pays a lot of attention to. The foam inside provides cushioning and a resilient response. In addition, Durant has left its mark on the Nike KD through the looks of the basketball shoe. He opts for colorful designs that stand out. You do not even have to enter a basketball court with it, they will come into their own with your urban or casual clothing.

Kevin Durant has been impressing friend and foe in the basketball world for years. The player once held promise to his college team, flourished at Oklahoma City Thunder and the Golden State Warriors (with fellow star Stephen Curry), and now stars with the Brooklyn Nets. A career to be proud of and one with basketball shoes and clothing to be proud of. Nike KD has become an indispensable part of sports halls and basketball courts. Because let's be honest, who wouldn't want to perform as such a star player as Kevin Durant?