View all Burned Sports' offerings on Sacramento Kings articles such as accessories, caps, hoodies, t-shirts and much more.

Wilson
Wilson NBA SACRAMENTO KINGS Mini Retro basketbal (3)
Article code WTB3200XBSAC
€14,99
in stock
Over the years, most clubs have been looking for the ultimate club logo. This size 3 basketball takes you back to the time of the first logos with matching club colors. A real addition to your Sacramento Kings collection! Read more
test 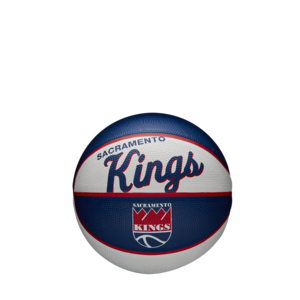 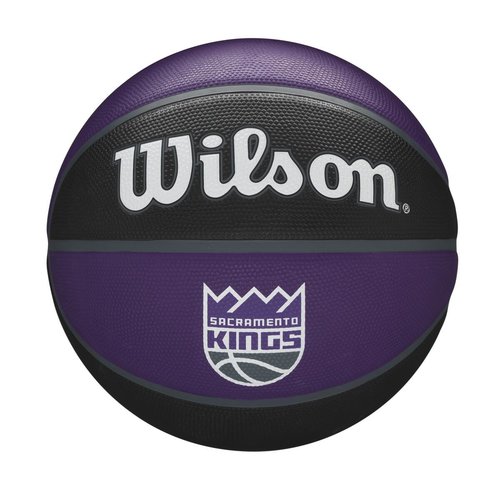 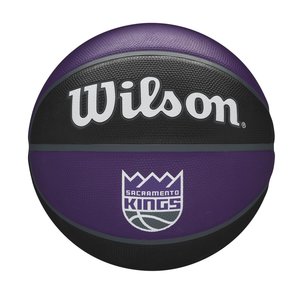 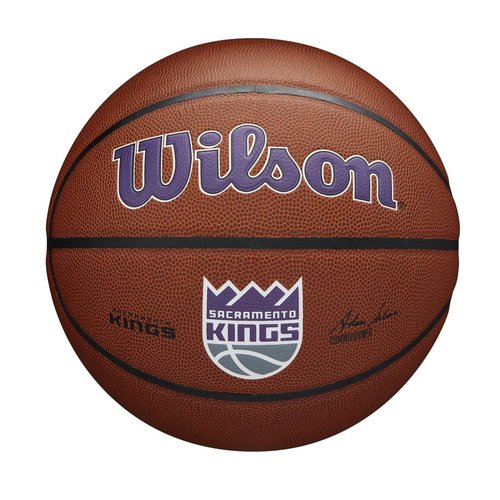 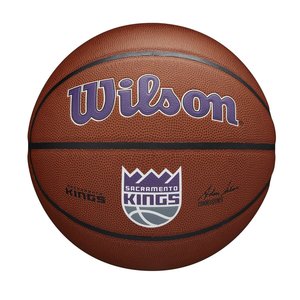 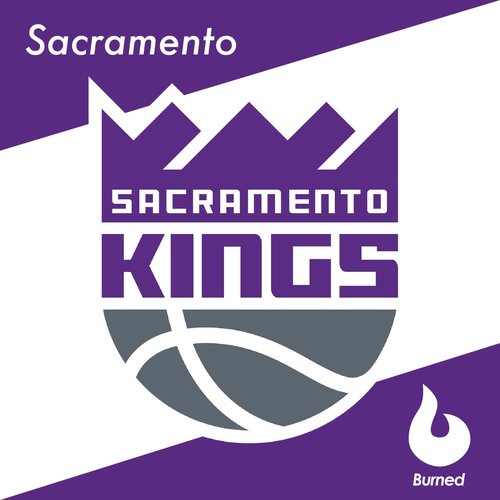 The Sacramento Kings are an American professional basketball team based in Sacramento, California. The Kings compete in the National Basketball Association (NBA) as a member of the Western Conference Pacific Division. The Kings are the only team in Sacramento's major professional North American sports leagues. The team plays its home games at the Golden 1 Center. Their best seasons to date in the city were in the early 2000s, including the 2001-2002 season when they had the best record in the NBA with 61-21 (a winning percentage of .744).

Oscar Robertson is by far the greatest player in franchise history. No one else even comes close to the Big-O. He is the franchise leader in total points (22,009), total assists (7,731), minutes played (33,088) and total profit shares (154.2). But it's not like Robertson was just a compiler who had a ton of stats, but was never the player on the team. He also leads the franchise in many rate statistics. He has the highest average scores (29.3), assists (10.3), player efficiency (25.0) and wins per 48 minutes (0.224). Plus, the Big-O was one of the elite players of all time. He is an NBA Hall of Famer. He was named to the All-Star team in all 10 of his seasons with the team. He was the All-NBA first team in nine of his years and the All-NBA second team in the other. Not to mention he was named the NBA MVP in 1963-64. Many people don't know that Robertson is famous for averaging a triple-double in 1961-62, with 30.8 points, 12.5 rebounds, and 11.4 assists. Undoubtedly, that is a great achievement that will probably never be seen again. What's more amazing, though, is that he averaged a triple-double over his first six seasons (30.4 points, 10.0 rebounds, and 10.7 assists). The NBA may never see another player match Robertson's ability to fill a stat sheet. And it's hard to imagine the Kings would ever acquire a player overshadowing his production. So it's safe to say that the Big-O will have its place as the franchise's top player for years to come.

Jack Twyman spent his entire 11-year career with the team. At the time, it showed both a productive lifespan and top performance. His 15,840 points are second in franchise history. The same can be said for his win shares (75.0) and offensive win shares (59.6) - they come in second in the team's highest ranking. In terms of value, Twyman was named on six All-Star teams. He was the second team of the All-NBA twice. His average of 19.2, which ranks ninth in franchise history, is certainly solid. Still, he had a four-year span (1958-59 to 1961-62) when he averaged 26.2 points, 8.6 rebounds and 3.0 assists, including his career year (1959-60) of 31.2 points. 8.9 rebounds and 3.5 assists. But the most important achievement that earned Twyman his place in franchise history is the respect he garnered in the game. To be named on six All-Star teams, he shows his status among his peers. The same can be said of his entry into the Hall of Fame. Beyond that, it also shows that he owned peak and longer term value. His second place in profit shares doesn't hurt either, which is an example of the fact that he has brought the second highest value of a franchise player during his career.

History of the Sacramento Kings

The franchise began with the Rochester Seagrams (a semi-professional team) from Rochester, New York, which was founded in 1923 and hosted a number of teams there for the next 20 years. They joined the National Basketball League in 1945 as the renamed Rochester Royals, who won that league's championship in their first season, 1945-46. They later jumped with three other NBL teams to the Basketball Association of America, predecessor to the NBA, in 1948. Like the Royals, the team was often successful on the field, winning the NBA Championship in 1951. However, the team liked it. Increasingly difficult to make a profit in Rochester's relatively small market, moved to Cincinnati in 1957 and became the Cincinnati Royals. In 1972, the team moved again, this time to Kansas City, Missouri, and was renamed Kansas City-Omaha Kings because it originally split home games between Kansas City and Omaha, Nebraska. In 1975 the Kings stopped playing home games in Omaha and in 1977 they simply became the Kansas City Kings. The team again failed to achieve success in the market and relocated to Sacramento again in 1985, where they still reside.